Over 500 New Houses To Be Built In Swords

There are over 500 new houses going to be built in Swords in the next 2 years. Work will start shortly on two developments west of Swords. Over 1,300 houses will eventually be built at Moortown which is on the left past the junction on the Rathbeale Road to Applewood and Swords Manor. See map below for the Mooretown site. This land was sold many years ago but with the way the property market went haywire this development was put on hold. The builder of the two housing estates is Gerry Gannon.


The second estate is to be built close to Applewood Village in the area known as Millers Glen. A recent report from a government body says that the town of Swords needs an extra couple of thousand houses just to keep up with demand. The average  price of houses in Swords now stands at between €180,000 and €220,000.

Below is a photo of the houses being built at Millers Glen which is just past Appelwood on the way to the Schools. The show house opens in September 2014. The builder is Gannon Homes. Prices range between €240,000 and €400,000.


There is high demand for these houses as this is the first housing estate to be built in Swords in the past 7 years since the housing crash. There are a mix of two three and four bedrooms homes. If you have a few pound handy and are looking to buy one of these houses then you should ring the selling agent, who is Sherry Fitzgerald. Their phone number is 01 667 1888. The booking fee is €7,000. Full details are on their site here http://www.millersglen.ie/booking.php 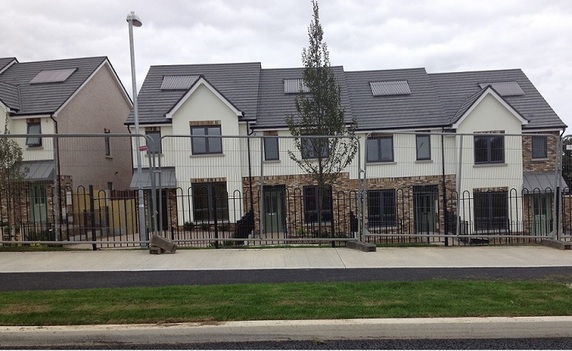