Welcome To Swords County Dublin. A thriving and prosperous town in the heart if Fingal. The aim of this site is to give you as much information as possibly about the town, its people and history, the services the town has to offer, its pubs clubs and restaurants With a population of 42,000 Swords has attracted much investment from multi national companies eager to do business in the town, it's easy to see why, with the wealth of amenities in Swords and the surrounding area of Fingal and the close proximity to Dublin Airport. Some of the many fine attractions around the town include, Swords Castle and park which is being restored to its past glory, Malahide Castle and demesne, and the Classical Mansion of Newbridge  House, demesne and farm. Through the last thirty years Swords has expanded in every direction to cater for the large number of people wanting to live in a vibrant and prosperous town. 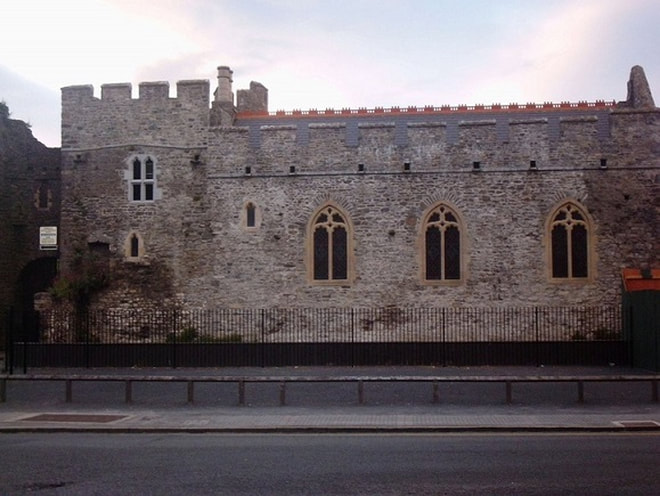 So what has Swords got to offer ? Although a massive housing boom took place during the Celtic Tiger and much of the Green Belt was lost the rolling countryside is still there to the West and North of the town. You just have to travel a little further for the Green pastures. To the East of the town there's the Swords Estuary. This is where the Irish sea reaches a point just 2 kl from the Main Street. This area is popular for walking and jogging. Across the Estuary is an area known locally as The Black Bridges. Wild Swans gather there all year round. Children and parents often come here to feed these birds with bread. It's also a popular spot for cycling and walking as little traffic uses this road.

Just beside Swords Castle on Bridge Street is Swords Town Park. The River Ward flows through the park. There's a children's play ground and tennis courts. This is where the entrance to the castle is located while the renovation works take place.
Another park is located between River Valley and Brackenstown, known as ''Ward River Valley Park'' an covers over 200 acres. It's a busy spot for walking and jogging. There's also a children's play ground here. The area is known locally as The Jacko.

There are 9 pubs located in the town itself and 4 on the outskirts in the housing estates. As with most pubs in large towns they cater for different age groups. Most pubs serve food all day and most have some kind of music laid on. Check out the pub guide for more information.

Shopping. Up until The Pavilions Shopping Centre opened Swords people travelled to Dublin City to clothes shop. This is no longer the case as The Pavilions has the largest range of shops in North County Dublin. There are also many smaller shopping areas around the main street and Bridge Street. In fact there was so much competition when it comes to shops that many have since closed down.

There are a raft of restaurants and fast food outlets around the town that you will be spoilt for choice. There are food outlets that cater for every taste bud be it Chinese, Indian or good wholesome Irish food.

So what else does Swords have ? well there's a swimming pool in Applewood Village. There's a Skateboard Park on Balheary Road. There's are Churches for most creeds. There are music shops for buying instruments. The list goes on and on, suffice to say that you couldn't possible find a better place in Dublin to live.