Chapel Lane • Phone 8407589
The Club is open every weekday Monday to Friday from 1 Oam. Men and over the age of 55 years are welcome. Come along into the club either part in our activities or participate in one of the classes.

You may also enjoy a cup of tea, a chat, read daily newspapers or just relax after shopping.
Activities are as follows:
Monday: Indoor Bowls, Spanish, Keep-fit to Music, Record Re,

For information, please call at The Senior Citizens Chapel Lane or Phone 8407589
The Committee, as always, love to see people coming in to the C enjoy themselves...
So Do Drop-in, Anytime!!
Make new Friends and meet old Friends in the Sen Citizens Club, Swords!

“I was delighted to host the group from Swords Senior Citizens, along with local Cllr. Paul Mulville and Dublin trade union and political activist Paul Dillon.  In particular, as we face into Brexit, I was very glad to discuss Brexit with the delegation, and to hear their views on how it will impact the island of Ireland and our country’s strong relationship with Britain, where many of our family and friends are living”, stated Childers.

“We really enjoyed the visit to the European Parliament and Brussels, and found it very informative” stated Eileen Power, Chairperson Swords Senior Citizens, “and in particular it was great to have the chance to learn at first-hand how the European Parliament works, to see the parliament chamber itself, and to discuss issues of concern directly with Nessa in the Parliament building.” 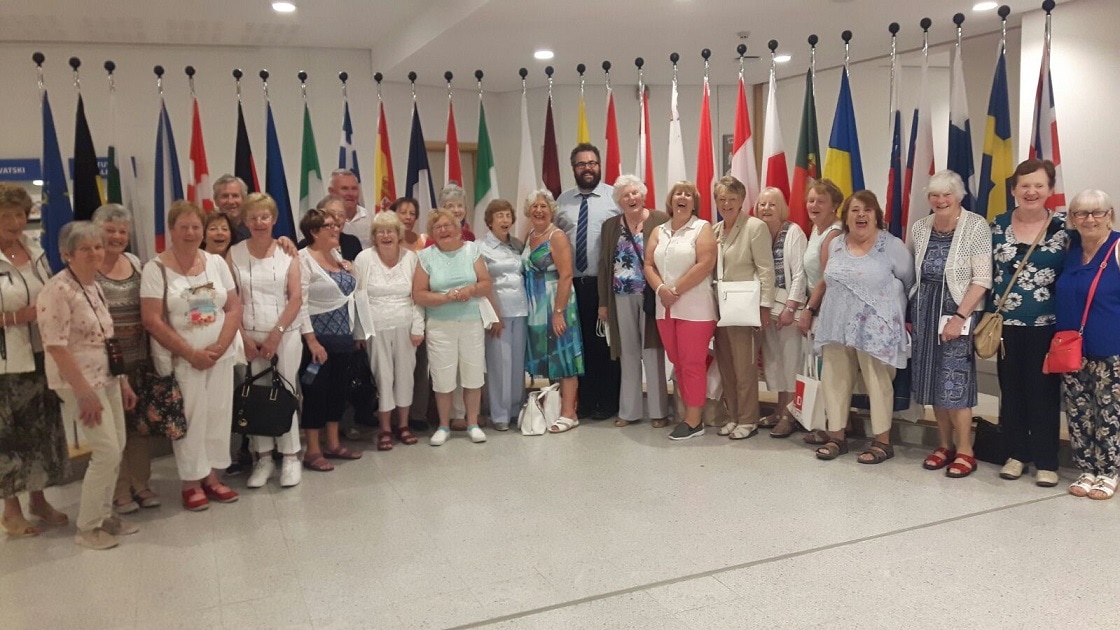