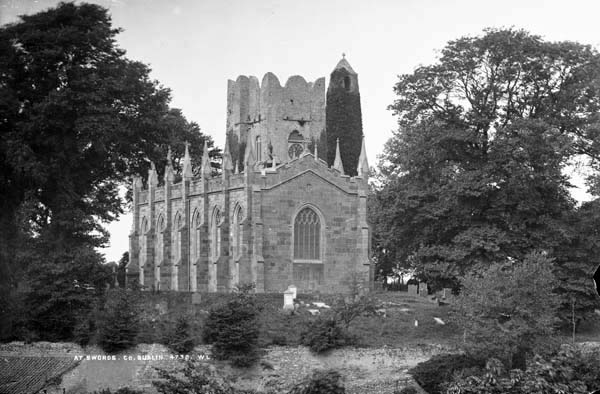 The Round Tower is said to have being build in the 9th century. The cross at the top of the tower was put there in the late 17th century to let people know that it was a Christian Tower.


The square tower / clock tower  dates back to the 14th century and added to the ancient abbey. There's an engraving which dates from 1791 which shows the belfry tower and the remains of the medieval church walls. These walls were taken down in 1830 when St. Columba's Church was being rebuilt.