The Empire Pub and night club is based on Main Street Swords County Dublin. The pub opened in December 2014. It had previously operated as a pub under the name of The Slaughtered Lamb. Phone number 01 8138328

The Empire has a Bar And Grill, A Nightclub And Restaurant. 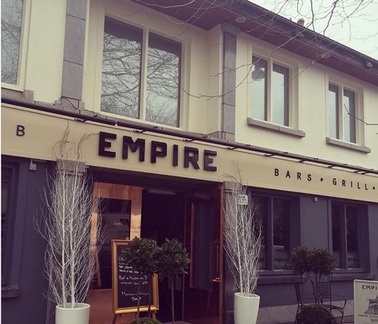